As everyone knows, Richard Thaler has won the Nobel Prize in economics.  Thaler’s prize was mainly for behavioral economics, which built upon the work of the earlier nobel laureate Daniel Kanneman.

This work has been controversial.  Many rational choice economists have strongly criticized it and some of those people have been free market advocates.  But free market advocates come in different stripes and certainly the Austrians would criticize the rational choice perspective as well.  For an interesting exchange on these matters, take a look at this symposium on behavioral economics on the Truth on the Market Blog and the response from Richard Thaler himself.

While I find some of the work of the behavioral economists quite interesting, my main concern is with their failure to apply the same methods to government in general and to administrative agencies in particular.  What could possibly justify this failure other than political bias?

If  so, Donald Trump’s victory had an important benefit for liberty, even if he himself is no classical liberal, because it prevented Barack Obama from being a consequential President on the statist side of the ledger.

You would think so from reading most of the literature on normative behavioral economics.  Private actors make mistakes, but bureaucrats don’t.  (What bias is at work here?)

I was therefore happy to see this article seeking to address the issue of agency bias.   Here is the syllabus:

Behavioral economics (BE) examines the implications for decision-making when actors suffer from biases documented in the psychological literature. This article considers how such biases affect regulatory decisions. The article posits a simple model of a regulator who serves as an agent to a political overseer. The regulator chooses a policy that accounts for the rewards she receives from the political overseer — whose optimal policy is assumed to maximize short-run outputs that garner political support, rather than long-term welfare outcomes — and the weight the regulator puts on the optimal long run policy. Flawed heuristics and myopia are likely to lead regulators to adopt policies closer to the preferences of political overseers than they would otherwise. The incentive structure for regulators is likely to reward those who adopt politically expedient policies, either intentionally (due to a desire to please the political overseer) or accidentally (due to bounded rationality). The article urges that careful thought be given to calls for greater state intervention, especially when those calls seek to correct firm biases. The article proposes measures that focus rewards to regulators on outcomes rather than outputs as a way to help ameliorate regulatory biases.

A while back I wrote a couple of posts about the statist bias of behavioral economics.  While its central assumption was that decisionmakers often did not behave rationally, it almost never applied its insights to the government agencies it sought to have regulate the economy.  Now, via Tyler Cowen, is the report of a paper on the subject which states: The findings [of the paper] reveal that 20.7% of the studied articles in behavioral economics propose paternalist policy action and that 95.5% of these do not contain any analysis of the cognitive ability of policymakers. Not surprising, but it is good to…

In the hope that not everyone has become bored with the debate about President Obama’s statement that “If you’ve got a business — you didn’t build that,” I thought I would add my own two cents.  From the perspective of politics, I believe it is perfectly legitimate to focus on this one line because it captures in a quick and simple way Obama’s government-first approach to the economy.

But there is so much more here.  For now, let me just focus on what I believe are some of the most important aspects of Obama’s argument.

1. Obama’s point about the business creator not building his business is that he was benefited by other people – not just any people, but government people.  This, of course, is amazingly statist, since it leaves out all the good that people do in the nongovernmental, civil society.  But let’s just put that to the side.

2. Obama claims that the creator of the business was helped by others.  Well, of course, he was.  Who could possibly deny it?  We live in a society – in a social network – because we are benefited by others in that society.  Obama’s making this the basis of his argument shows that he is attacking a straw man.  When someone says they built something – or accomplished something – they don’t mean that no one helped them in their entire life or even with respect to the accomplishment.

3. From my perspective as a consequentialist, the key point is not whether the government (or someone else) helped a business creator, but whether the additional taxes on the business creator that Obama seeks to justify would promote the economy and people generally.  The problem with Obama’s approach is that the taxes and government he favors would be harmful and not beneficial.

Even if the help that business creators received from the government people did allow it to tax and regulate them freely, that does not mean the government should take harmful actions.  As Tom Smith says, the higher taxes on business creators (not to mention the excessive regulations he favors) will result in less wealth (and of course less liberty) for the nation.  How do we “thank” these government actors?  Certainly not by giving them more taxes.

4. There is another problem with Obama’s argument.  He says that people gain from the government’s provisions of bridges and teachers.  True enough, at least sometimes.  But notice that most people pay taxes for these services and so have already paid for the benefits conferred.  Why is that enough to end any debt that they have to the government?  Well, perhaps Obama would argue that people benefit more from the government services than they pay in taxes – that is, as the economists say, they derive consumer surplus from the benefits provided.

Eamonn Butler is joint head of Britain’s premier libertarian think-tank, the Adam Smith Institute. In his very readable, well-informed book, The Rotten State of Britain, he  explains how rotten a state Britain turned during Labor's thirteen-years in office that began with its election victory in 1997. On the night that ended  seventeen years of Conservative rule, Labor party activists celebrated by dancing until dawn to the strains of their campaign song ‘Things will only get better’. In reality, as Butler shows, they were about to get progressively worse, if you’ll pardon the expression. As he plaintively laments: ‘We were promised Cool Britannia and…

Do bleeding heart libertarians have an argument against statism? My concern is that they do not. Take Mike Rappaport. He writes that “[1] I have always been a Bleeding Heart Libertarian who is concerned about the effects of liberty on the poor and … [2] I now base my political views on a utilitarian approach.” This post shows how (1) and (2), taken together, keeps one always open to (3) statism, which Rappaport says is “similar to other negative ‘isms’ like racism and sexism.” (I.e., it’s a bad, bad thing.)

So we’re clear, Rappaport himself, in “Statism I,” defines statism and decries it. He is not a statist; he is against statism. Agreed.

Robert Nisbet’s The Quest for Community, published in 1953, was a vital component in the resurgence of an intelligent conservatism in America. When Nisbet wrote, the world was seemingly divided into two hostile camps. On the one hand, the communist world represented the ascendency of the centralized state along with a planned economy. The individual was subordinate to the needs of the state and, to many observers on both sides, freedom was replaced by an all-encompassing bureaucracy intent on controlling every aspect of existence. On the other hand, the free world stood for individual liberty and free markets wherein the…

The most recent edition of the Liberty Forum involves a discussion of behavioral law and economics, the subject of a couple of my posts on statism.  See here and here.   In these posts, I noted that most economists simply applied the new insights into cognitive bias to market actors but not to government actors.  Happily, Josh Wright and Doug Ginsburg (as well as some of the commentators) do not make this error but apply the challenges to rationality to government actors as well: Behaviorists [also] tend to underestimate the costs of implementing proposed policies—an error we term the “government intervention… 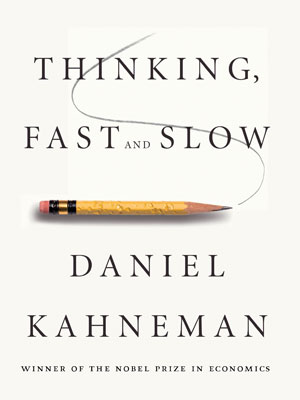 In my first post on statism, I defined the concept as an excessive and harmful embrace of the power of the state.  In my second post, I attempted to show statism functions as a bias in economics – the most market oriented of academic disciplines.   In this third and final post, I attempt to discuss briefly how one might apply the newest insight into human behavior – cognitive biases – to government action by administrative agencies to show how their actions might turn out to be harmful.  One could then balance its effect on government and on the market to determine which was greater.

O'Connor's correspondence is a goldmine of piercing insight and startling reflections on everything from literature to philosophy to raising peacocks.